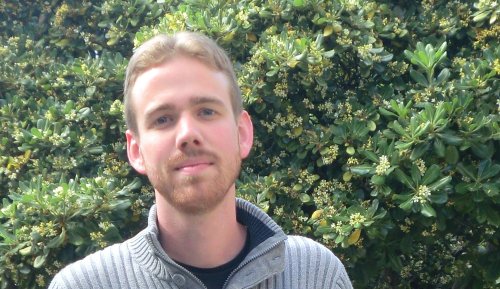 Jelle Lever is a PhD student, supervised by Jordi Bascompte, Egbert van Nes and Marten Scheffer, who tries to unravel the relationship between critical transitions and the structure of ecological networks. While doing so, he spends an equal amount of time within the Aquatic Ecology and Water Quality Management group of Wageningen University and the Integrative Ecology Group of Estación Biológia de Doñana, CSIC, in Sevilla.

While environmental circumstances change gradually, ecosystems may go through sudden, hardly reversible, shifts between alternative stable states. When addressing this issue, ecologists have mainly focussed on the dynamics of individual populations, rather than on the networks of interactions between species that maintain them. Those ecological networks are however known to be highly structured, which may strongly influence the scale at which critical transitions occur. In his thesis, Jelle tries to disentangle the relationship between ecological network structure and the community-wide implications of shifts between alternative stable states.

Jelle holds a BSc in Biology and a MSc in Environmental Sciences from Utrecht University.

Luis J. Gilarranz, J. Jelle Lever, Rudolf P. Rohr, and Miguel A. Fortuna, 2012. NextGen VOICES: How will the practice of science change in your lifetime? What will improve and what new challenges will emerge? Science 335: 37